Choegyal Namkhai Norbu, author of Dream Yoga and the Practice of Natural Light, Revised (2002) was born in 1938 in Derghe, in Eastern Tibet and was recognised at birth as the reincarnation of a noted exponent of the Dzogchen tradition. Notwithstanding his youth, he was already well known by the end of the 1950s as a person with a profound knowledge of the Dzogchen teachings and also as a spiritual teacher.

His fame, in India and in Tibet was such that in 1960 Professor Giuseppe Tucci, an eminent scholar and founder of the Is.MEO (one of the major institutes of oriental studies in Italy), invited him to Rome to collaborate in research at what is today known as Is.I.A.O, (Istituto per l’Africa e l’Oriente).

It was thus that Namkhai Norbu came to Italy where he contributed actively in the development of Tibetan studies in the West.

In 1962 he took up a post teaching Tibetan language and literature in Naples at the Istituto Universitario Orientale di Napoli where he worked until 1992.

From the mid seventies Namkhai Norbu began to teach Yantra Yoga and Dzogchen meditation to a few Italian students and the growing interest in his teachings convinced him to dedicate himself increasingly to such activities.

Together with a number of disciples he founded the first Dzogchen community in Arcidosso in Tuscany and then later founded other centres in various parts of Europe, Russia, the United States, South America and Australia.

For the first fifteen years of his residence in Italy Namkhai Norbu concentrated mainly on the Ancient History of Tibet. His works are evidence of his deep knowledge of Tibetan culture and are addressed to the young people of Tibet in order that their awareness of an ancient cultural heritage should not die out.The works of Namkhai Norbu are a significant reference point for these young people, whether they live in the Peopleâ€™s

Republic of China or whether they are living in exile and represent the continuation of the cultural heritage of Tibet and its national identity.His studies have become so well known at an international level that he has an intense programme of lectures and seminars in the major centres of oriental studies and in universities throughout the world. Namkhai Norbu is widely recognized as a leading authority on Tibetan culture, particularly in the fields of history, literature, and Traditional Tibetan medicine and astrological sciences such as the Tibetan calendar.

Unbounded Wholeness: Dzogchen, Bon and the Logic of the Nonconceptual, written in collaboration with Anne Carolyn Klein, Oxford University Press, 2006

The fundamental reality of mind is pure, non-dual awareness, rigpa. Its essence is one with the essence of all that exists.”

Geshe Tenzin Wangyal Rinpoche, founder and spiritual director of Ligmincha Institute, is an acclaimed author as well as a highly respected and beloved teacher to students throughout the United States, Mexico and Europe. Fluent in English, Tenzin Rinpoche is renowned for his depth of wisdom; his clear, engaging teaching style; and his ability to make the ancient Tibetan teachings highly accessible and relevant to the lives of Westerners. Author of:

The Tibetan Yogas of Dream and Sleep, Snow Lion Publications, 1998

Wonders of the Natural Mind: The Essence of Dzogchen in the Native Bon Tradition of Tibet, Snow Lion Publications, 2000

“If a mode of inquiry is deemed empirical if it is based on experiment and observation rather than theory alone, then Buddhist “insight” (vipasyana) meditation can be regarded as highly empirical. Buddhist empiricism…is qualitative rather than quantitative, and it is primarily concerned with understanding and transforming conscious experience, rather than understanding and controlling the objective world that exists independently of it.”

Trained for ten years in Buddhist monasteries in India and Switzerland, Alan Wallace has taught Buddhist theory and practice in Europe and America since 1976; and he has served as interpreter for numerous Tibetan scholars and contemplatives, including H. H. the Dalai Lama. After graduating summa cum laude from Amherst College, where he studied physics and the philosophy of science, he earned a doctorate in religious studies at Stanford University. He has edited, translated, authored, or contributed to more than thirty books on Tibetan Buddhism, medicine, language, and culture, as well as the interface between religion and science. He teaches in the Department of Religious Studies at the University of California, Santa Barbara, where he is launching one program in Tibetan Buddhist studies and another in science and religion. His published works include The Bridge of Quiescence: Experiencing Buddhist Meditation), Choosing Reality: A Buddhist View of Physics and the Mind, and Tibetan Buddhism From the Ground Up.

Alan Wallace is the president of the Santa Barbara Institute for the Interdisciplinary Study of Consciousness (http://sbinstitute.com).

For information about Alan Wallace, visit his website at www.alanwallace.org.

“The distinction between lucid dreaming as has become popularized in the west and Tibetan dream yoga is an understanding of the relationship dream lucidity has with our passage from this life into the next.”

Michael Katz, editor of Choegyal Namkhai Norbu’s Dream Yoga and the Practice of Natural Light and author of The White Dolphin, is a psychologist who regularly lectures and leads workshops internationally on dream yoga and lucidity for personal growth. He has studied Ericksonian hypnotherapy, Reichian therapy, Gestalt, Embodied Dream Imagery, and psychodrama. 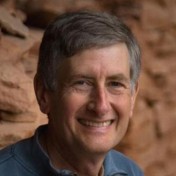